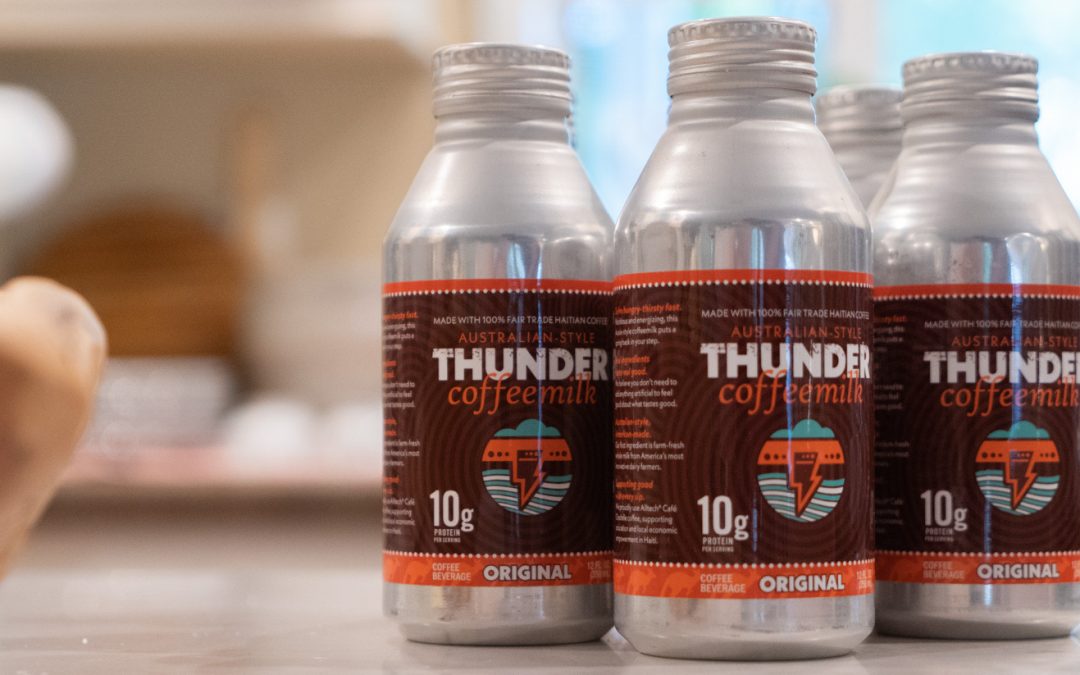 Life sure would have been easier to pick out a nice plastic bottle and wrap in a cool neat label.  But easy is not what we’re about.  We believe in making life better for people and our environment.  Picking a bottle that reflects our values was important. It still is important.  And frankly, will always be… important.

Many companies pick aluminum for its environmental appeal. It can be recycled indefinitely. An aluminum bottle can become yet another aluminum bottle without losing anything in the process. Most food-grade plastics, in contrast, are “downcycled,” their quality degrading each time they’re rehashed.  And so is the case with other products like glass.

The Aluminum Association, an industry group, says that almost 75 percent of all the aluminum ever produced to date is still in use today. On the other hand, only 9 percent of all plastics ever made have been recycled, according to a study published in the journal Science Advances in 2017. It found that 6.3 billion of the 8.3 billion metric tons of all the plastic ever made has become waste. What to do with all that plastic became an even bigger dilemma for the United States last year after China announced that it’s no longer accepting low-grade plastics for recycling.

We’re not selling in China… yet.  But that’s not the reason to use aluminum.  The environmental positive attributes make it the clear choice.

The economics of aluminum also contributes to its position as one of the most-recycled metals in the U.S. Unlike many other materials, aluminum more than pays for its own recycling in the consumer and industrial waste stream. The reason: demand for aluminum continues to skyrocket and recycling aluminum saves more than 90 percent of the energy required versus producing new metal.

During WWII, aluminum foil was so vital to the defense effort that families were encouraged to save strips of foil. In many towns, the foil balls could be exchanged for a free entry to a movie theater. Government-sponsored posters, ads, radio shows, and pamphlet campaigns urged Americans to contribute to scrap drives. A New York radio station, WOR, debuted the radio-sketch show “Aluminum for Defense” in 1941.

Beyond the environmental positive assets, it simply seems to hold the cold temperature longer.  Now, we don’t have any scientific data for this conclusion.  But it’s a comment made by many.  Our best recommendation is to simply try it for yourself.

Ready to in Indulge on Your Own Box of Thunder CoffeeMilk?

Sign up for any duration, size, or flavor of a recurring subscription and receive a discount of 10-15% OFF automatically on every order of CoffeeMilk!

This website uses cookies to improve your experience while you navigate through the website. Out of these cookies, the cookies that are categorized as necessary are stored on your browser as they are essential for the working of basic functionalities of the website. We also use third-party cookies that help us analyze and understand how you use this website. These cookies will be stored in your browser only with your consent. You also have the option to opt-out of these cookies. But opting out of some of these cookies may have an effect on your browsing experience.
Necessary Always Enabled
Necessary cookies are absolutely essential for the website to function properly. This category only includes cookies that ensures basic functionalities and security features of the website. These cookies do not store any personal information.
Non-necessary
Any cookies that may not be particularly necessary for the website to function and is used specifically to collect user personal data via analytics, ads, other embedded contents are termed as non-necessary cookies. It is mandatory to procure user consent prior to running these cookies on your website.
SAVE & ACCEPT